Iran is where some rich and colorful types of music have been originated throughout the history so that the traditional Iranian music should be seen as a major component of the Iranian art and culture. Almost all Iranian ethnic communities have their special type of folk music, with each having a collection of notes which represents that community’s artistic treasure. The art of music has a very long history in Iran with some researchers saying that it dates back to the Achaemenid era. The authentic forms of the Iranian music have kept their dynamic nature as they have been transferred from a generations to another.

Hunavak (the pleasant tone) is a leather box which includes replicas of five Iranian musical instruments, including Tombak, Sehtar, Flut, Dammam and Santur accompanied with a memory stick on which some masterpieces of the Iranian traditional music are recorded.

Be the first to review “3.Hunavak” Cancel reply 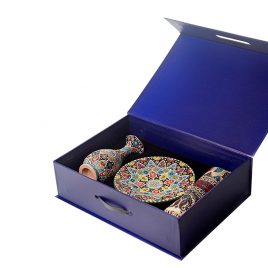 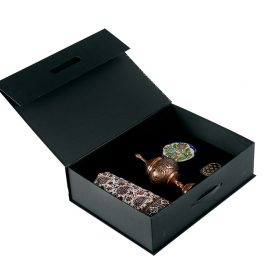 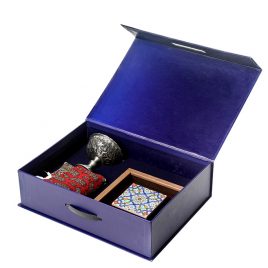 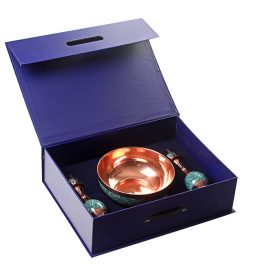